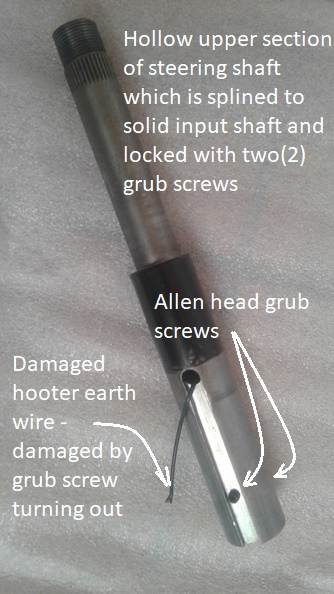 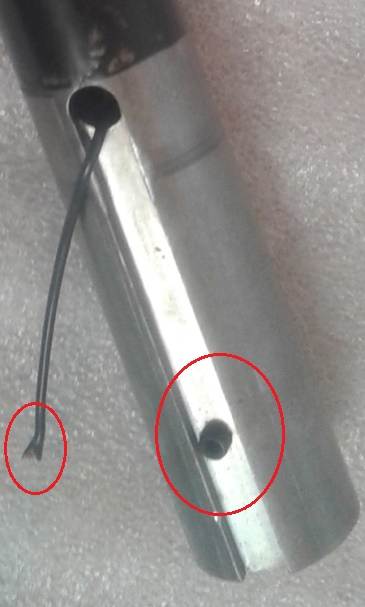 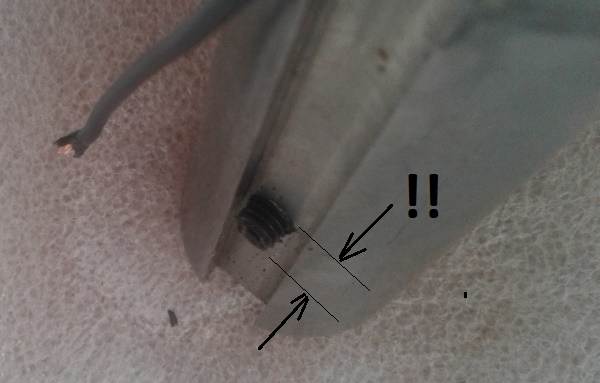 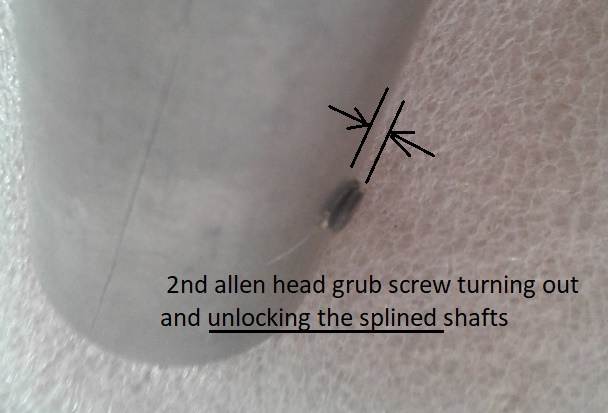 Pictures attached.
We are re-assembling the unit using Loctite to safety the two(2) grub screws and will be retaining my hooter slip ring upgrade.
I put this e-mail together as soon as I could as I believe EZ Power steering must be made aware of an in house issue that they might have with quality control during their assembly process. Please forward to them ASAP.
Due to the sensitivity of this matter you and Ed are the only persons receiving this report.
My objective is to advise the manufacturer and get my client back on the road safely.
Regards/Howard I have come to the bottom of why the hooter wire kept going to earth within the EZ power steering unit…..
AND …..there could have been a major disaster !!

Initially to get around the problem of the grounding of the internal wire for the hooter within the EZ steering assembly, I fabricated a slip ring on the steering wheel boss and used a spring loaded brush mounted on the fixed steering cowl and the hooter worked as expected …. I e-mailed you a few weeks ago about my problem and you thankfully sent me some pictures of the unit and how the hooter wiring works.

I discovered the hollow steering shaft is splined to the solid input shaft to the steering gearbox and is held together in a wasted section of the splined solid shaft by means of two(2) grub screws threaded into the outer hollow shaft. These grub screws were loose and in fact the one(1) had damaged the hooter wire ….hence going to earth.

If my client had pulled the steering wheel towards him whilst driving he would have disconnected the two shafts !!!!! losing control of his vehicle.

This is very serious situation and would appreciate guarantees are given in writing that with my next two(2) units which have been ordered are inspected and signed off.

Besides the safety issue, I have spent many hours fabricating slip rings and now discovering a major fault.